Early Lessons From Our Clients

The first products we produced at Leap Interactive functioned very much like game systems.  This simply means that they are controlled in the same way a game would be, with a controller. But whilst games are made for ‘gamers’ who are used to game controls, we make software for a variety of people, who aren’t always accustomed to them. Using a traditional game controller often represents a barrier for those not used to gaming. To explore this barrier we simply gave people the controllers to see what they made of them. This is how they responded:

The first thing we found is many responded to the software the same way you might respond to driving a car for the first time. Clients tended to test the controls gingerly to try to get used to them, and if anything went wrong some people were instantly put off.

Our solution: To combat this nervousness we try to include as few controls as possible in order to make the software intuitive and very quick to learn. 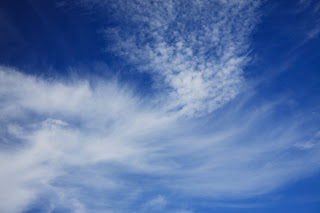 Game controllers are comfortable to hold and easy to use, once you get accustomed to them. But no one can operate them instantly. In fact most console games feature ‘baby steps’ tutorials that introduce one control at a time. Without this, a common reaction to being given a traditional games controller for the first time is to press both thumb sticks forward, which usually results in the camera looking up at the sky while blindly running forward. Now visually at sea, the next step is often to wiggle the thumb sticks in an attempt to figure out what’s gone wrong, inducing what we like to call ‘dizzy controller syndrome’.

Our Solution: By adopting systems that people are becoming increasingly familiar with, such as touch screens, we make interactivity far more direct and much less disorientating.

Anyone who has played a first person shooter game will know that the trusty mouse gives you exactly the precise control you need to excel. It is comfortable and allows you to turn quickly and move freely, unrestricted by the often sluggish speed imposed by using key presses. However, as with many game-like controls, when people are first try to navigate through our simulations with a mouse they often find movement hard to manage. By design mouse controls are very sensitive; so the faster you move it the further across the screen you will travel. This means, again, you can easily find yourself stuck staring at the sky or your own feet.

Our solution: When mouse control is required, we limit the speed of movement and add auto-centering to make sure the viewer can easily reorient themselves and ease themselves into the feel of the control.

We soon learned that, if you’re going to give someone a controller, you need to make sure that everything on the controller is necessary for their 3D experience.  For instance, accidentally pressing a button that drops to the main menu would break them out of the interactive experience, while the pause gives them the opportunity to leave rather than making the effort to navigate back to the 3D scene.

Our solution: We ensure that the only functional buttons on the controllers are ones that contribute to and enhance the client’s 3D experience.

With the added complexity of a third dimension, changes must to be made to the way we use controllers. Because people can’t press their finger through the screen, most widely available 2D control devices such as mice struggle to convey 3D movement. This is a perennial problem that User Experience designers like us slave over; there are tonnes of new ways of controlling 3D software. Wii and Xbox Kinect controllers are two great examples of how how designers are attempting to replicate real 3D movement into virtual 3D navigation. This kind of revolutionary technology that not only adapts to but enhances 3D movement, is exactly what we are implementing for our 3D visualisations.